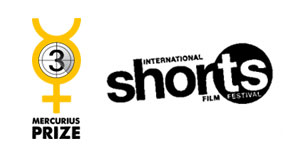 During the International ShorTS Film Festival 2017, the Mercurius Prize Committee will confer special attention on the documentary film by Peter Ammann, “Zauberfelsen” (“Spirit of the Rocks”), a unique journey among the rock paintings in South Africa, Botswana and Namibia. This film also features the imaginal life of the Bushmen, their tales and their myths. The film is an extraordinary psychological and ethnological reflection on the creativity of the collective psyche. This first special award of the Mercurius Prize Committee will be celebrated with an evening Round Table dedicated to the topics explored in Peter Ammann’s film and to his cinematographic work as a whole, which began in the school of Federico Fellini in the 1960’s.

Go back to home
SPIRITS OF THE ROCKS