On the occasion of the XXVII Noir in Festival, on the 7th of December 2017 at 15.30, in the White Hall of the Teatro Sociale in Como, the Mercurius Prize will hold a round table under the title “The Shadow of the Father” with the following participants:

Keith Hiatt, Human Rights lawyer and investigative technology specialist. He heads the Human Rights Program at Benetech, a nonprofit organization based in the Silicon Valley. He is Research Fellow at the Human Rights Center at UC Berkeley School of Law, where he also teaches Human Rights and Technology. In the last three years he managed the Technology Advisory Board of the Office of the Prosecutor of the International Criminal Court in The Hague. He is at present also a specialist and advisor on war crimes in Syria at the United Nations.

Luis Moris, is a Jungian analyst with a practice in Zurich, where he lives, and a graduate from the International School of Analytical Psychology, Zurich. He is currently doing a Ph.D. titled “Post-Mortal Phenomena, C. G. Jung and his Psychology”, at Essex University. He is the founder of Blue Salamandra Films (www.bluesalamandra.com), a film production house dedicated to creating films related to analytical psychology. He has produced and directed several films/interviews with prominent Jungian analysts.

Chiara Tozzi, screenwriter, writer and Italian Jungian analyst, has taught in the Universities of Rome and Florence, at the Experimental Center of Cinematography in Rome, at the School Holden in Turin, at AIPA (Italian Association for Analytical Psychology) and other schools in Italy. She is Artistic Director of the Mercurius Prize

Yuki Sunada, Japanese film director and author of CHILDREN’S TEARS: SEARCHING FOR JAPANESE FATHERS (Japan, 49’, col.), a documentary uncovering the hidden story of the children of Eurasian mothers and Japanese fathers in Dutch East Indies during the Japanese occupation in the second world war. Transferred to the Netherlands with their mothers, whereas their father went back to Japan after the end of the war, the protagonists describe the absence of their father as a missing piece in their lives and the consequent search for them spreading over the continents. Winner of the Mercurius Honorary Award 2017, the film will be screened in Como before the panel. 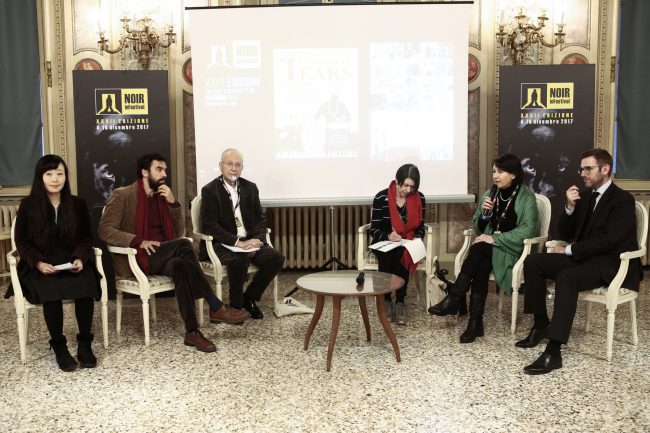